Visit the big cities of the Netherlands

The Netherlands has a rich cultural tradition and is tolerant of many different cultures and religions. Ha Lan people are very friendly and hospitable.

With its natural beauty and lively international cities, the Netherlands has many things to offer international students. It is also a relatively safe country, with a low crime rate. You will find that many Dutch speak English. It will be very helpful for you to learn a little Dutch before arriving, as this will help you to integrate into Dutch society easily. Dutch language courses are available for students here. 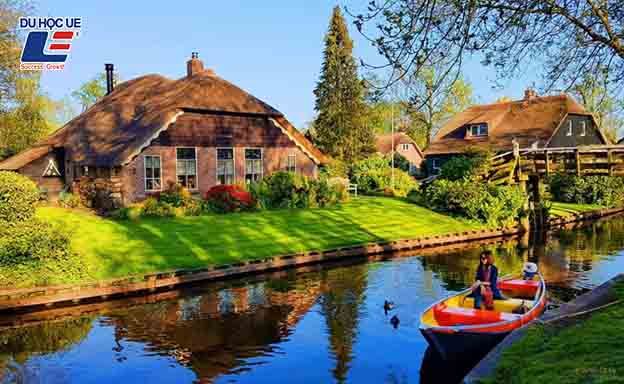 If you choose to study in the Netherlands, you will find yourself living in one of the Dutch international cities Amsterdam, The Hague, Maastricht, Rotterdam or Utrecht.

Each city has its own unique charm. Amsterdam hosts countless artistic and cultural events, and its beautiful streets and canal systems make it a great place to explore by bike or on foot. Utrecht is rich in history and is known for its medieval architecture. Rotterdam lies on the Maas River and has an ultra modern feel, which is reflected in creative buildings, urban nightlife and cultural calendar year round.

Amsterdam is the capital of the Netherlands. The city lies on the banks of the Amstel River and has the look of a typical European city.

Amsterdam was founded from a small fishing village on the banks of the Amstel River. In 1270, a dyke was built here and named Amsterdam. Since then, the name of the dyke is also the name of the city and the capital of the Netherlands. Following the development of trade with the countries along the Mediterranean and the Baltic Sea, Amsterdam has become an important and crowded port of Europe.

The famous universities of Amsterdam:

If Amsterdam is the cultural and economic capital of the Netherlands, The Hague (Dutch: Den Haag) is considered as the political center where the most important activities of the government of the country take place. Located in the heart of Europe, between the major capitals and big cities like London, Frankfurt, Berlin, Paris and Rotterdam, The Hague is also known as the "City of Peace and the City. Physical".

The Hague is the greenest city in the Netherlands. The streets of The Hague are spacious, airy with many large parks and green vegetation along the river banks. The city has many historical buildings, museums, galleries and a great place to discover people, the Netherlands.

The famous universities of the Hague: 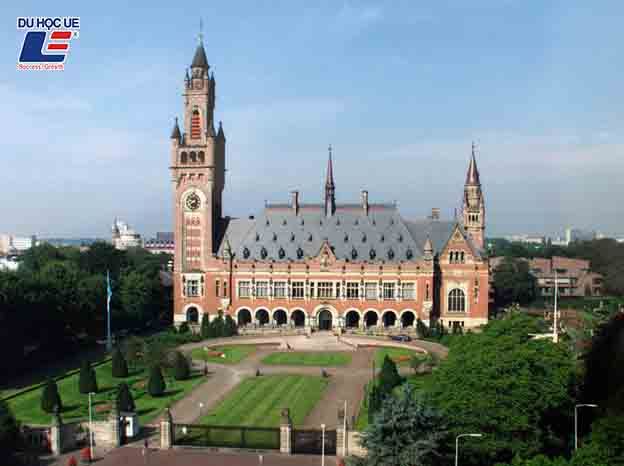 Before being mentioned as a worthy city in the Dutch tourist journeys, Maastricht is internationally renowned for its reputation as the University of Maastricht - one of the best universities in the world. Maastricht is home to a great number of educational institutions and universities, attracting a large number of students from home and abroad. Not as prominent as Amsterdam, crowded as Rotterdam, as ancient as the Hague or the heart of the Netherlands - Utrecht, the city of Maastricht, despite being a long-standing city with a long history of culture, but less Listen to specific details about it. However, this does not diminish the great value that Maastricht possesses. Situated in the south of the Netherlands, close to Belgium and Germany, Maastricht is a picturesque, colorful and fascinating tourist destination.

The famous universities of Maastricht: 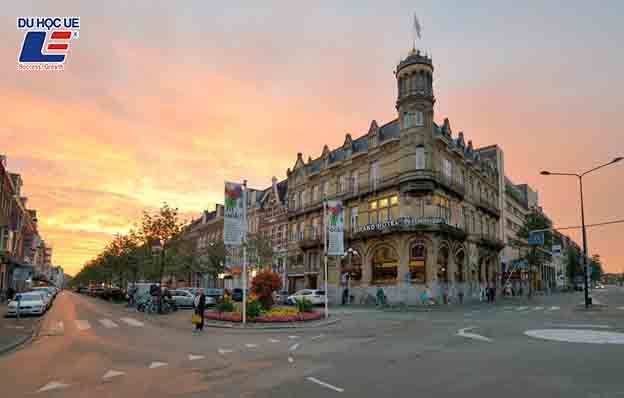 The city of Rotterdam is full of enchanted waves, resonating from the ancients, to the colorful and bright patches of the modern world bustling. Located in the west of the Netherlands and the second largest city in the country after Amsterdam, along with the conditions of a highly developed port city, Rotterdam is able to offer every traveler an exploration journey. The most amazing and unforgettable.

According to Uniplaces' ranking of Europe's most affordable European cities to study Erasmus exchange in the 2016-2017 academic year, Rotterdam was ranked third. The famous universities of Rotterdam include: