The strategy calls on international students from Canada

An alarming reality in Canada today is the aging population and the declining birth rate. Canada needs to replenish its talented population to balance natural population growth and boost tax revenue from education and immigration.

According to the Department of Immigration, the number of refugees and naturalized Canadians now accounts for 75% of the nation's annual net increase in the workforce, which is expected to reach 100% within the next 10 years. It is one of the highest percentages of migrants in the developed world.

In order to restructure the population, the Government has developed many important strategies, one of which is screening educated, skilled workers through colleges and universities. This strategy was formally launched in 2014. After about 3 years of implementation has brought significant results. In the academic year 2015-2016, the international student population in Canada reaches more than 35,000 people (approximately 1% of the population), an increase of 8% over the 2014-2015 academic year. According to a Canadian International Education Board survey, half of all international students hope to become citizens of Canada. The country is expected to have half a million international students to study in the next 10 years. 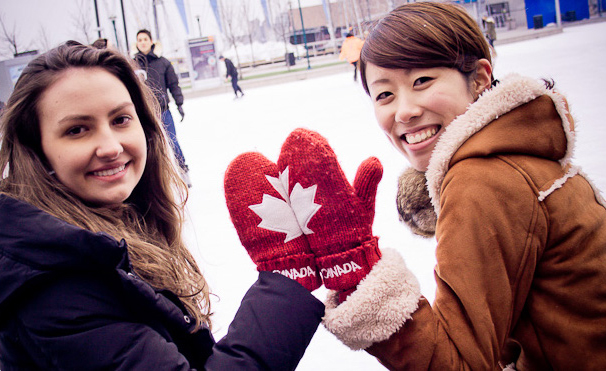 In November 2016, the Government of Canada changed the system of migration options, from regular registration to electronic registration of Express Entry. Accordingly, international students easily become citizens of this country of leaves. There is also a bill on immigration of international students studying in Canada awaiting approval. The bill stipulates half of the student's time at the required length of stay, so applying for naturalization will be much more convenient.

The reputation of the leading education system, reasonable learning costs, friendly and safe living environments are the foundation available to any student seeking to study in Canada. The basis for long-term future direction.

In a way, the Government's strategy puts a lot of pressure on society and culture with the inconsistency of indigenous and immigrant, between labor forces, between regions with large numbers of immigrants. But fundamentally, the internationalization of education brings together the country's many achievements in economic, cultural and educational development.