The most attractive cities in Australia for international students

Australia is divided into six states: New South Wales, Queensland, South Australia, Tasmania, Victoria and Western Australia and the two territories of the Northern Territory and the Australian Capital Territory. Each state and territory has different terrain and weather features. Of these, 6 are considered the most attractive destinations for international students.

Sydney is the capital of New South Wales (NSW) and is Australia's largest, oldest city. The Sydney Harbor Bridge and the Opera House have long been considered symbols, not only for Sydney but for Australia as well. Named as Australia's largest city, Sydney owns hundreds of entertainment options including shopping, dining, sightseeing, museums, bars, and more.

On vacation, international students can visit popular beaches like Bondi and Manly to enjoy the beauty of Australia along the cafes with friends. In addition, Sydney is home to many festivals and events, including Sydney Mardi Gras, a two-week gala for men and women in February and March. 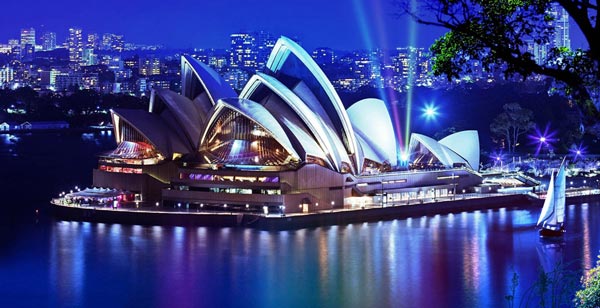 The Hunter Valley region, one of Australia's largest winemaking regions, is filled with lush landscapes, gourmet cuisine and indispensable wine tasting can not be missed.

If you wish, you can also visit Newcastle for activities such as sea walks, windsurfing, fishing or partying, festivals.

With a great deal of academic discipline, Sydney can handle all your requirements. Of the students in Sydney, 25% are foreigners. Major campuses are located in Armidale, Coffs Harbor, Dubbo, Lismore, Newcastle, Orange, Wagga Wagga and Wollongong.

However, Sydney is not only the "plus points" attractive. As a large city, the cost of housing is also quite expensive compared to other places. Specifically, the average weekly rent here is AUD $ 450 for a three-bedroom home and $ 420 for a one-bedroom home.

To travel in this state, you can choose between bus, train, boat and even train.

In 2006, Perth was one of the 10 "Global Futuristic Cities" voted by Lonely Planet. Next, Perth ranks 9th in the ranking of cities worth living in the world by The Economist Intelligence Unit 2012.

Today, Perth is an attractive destination for international students thanks to its international education system, taught by professional master trainers. In addition, what makes Perth so attractive is its quality of life, while the cost of living is not as expensive as in other countries like the United Kingdom and the United States. Once a student, you will be reduced to 49% for vehicles in the state.

If you want to study science and creative industries, this is a promising destination. Here, you will be researched together with the most talented scientists, especially in the fields of clean water production, the development of vaccines or taking part in issues against climate change. 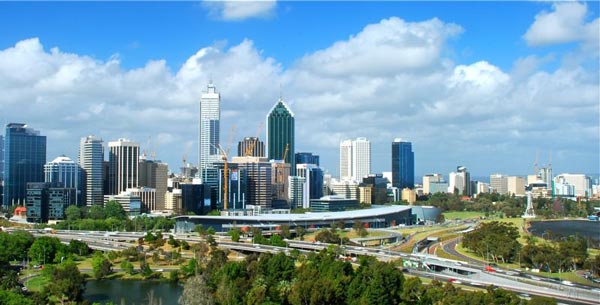 With more than 200 nationalities gathered here, Perth is one of the most prominent cities in terms of multiculturalism. There are over 170 languages ​​in use, many of them in different styles as well as religious diversity for you to find out. After graduation, this is also the promised land with high employment opportunities with the most attractive salary paid nationwide.

This area is known for its many outdoor recreational activities, thanks to its warm, almost year-round climate throughout the month (Darwin is considered to be Australia's "tropical capital"). This is Australia's most suburban city in Australia.

Students in Darwin can enjoy the city's landscaped gardens and tropical beaches after school, or more unique to the Deckchair Cinema, or "lazy" restaurants. , Nightclub on Mitchell Street. 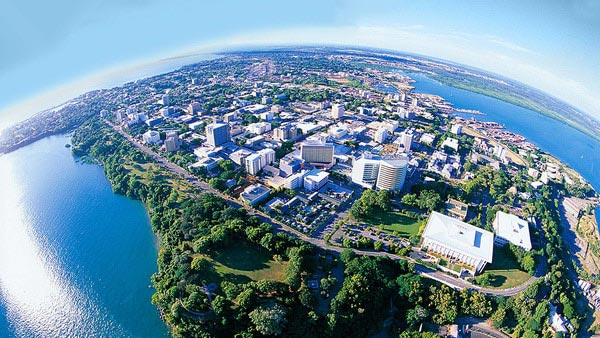 Just two hours south of Darwin, is Litchfield National Park, where you can take part in scenic walks, bathing, camping, or visiting other natural attractions. South of Darwin is a desert area with lots of interesting adventure activities so do not miss the opportunity to visit this area.

In terms of study, it houses many curriculums such as Education, Law, Commerce and Nursing, as well as special disciplines such as Desert Science and Indigenous Studies.

Northern Territory offers discounted or free shuttle services for all students, but it is important to note that bus traffic is reduced at night or on weekends. If possible, think about buying a car to make moving around the area easier.

Queensland is famous for its warm weather, golden beaches, friendly lifestyle and friendly people. The capital of Brisbane is home to some 2 million people and is known to be Australia's most vibrant capital city in a decade.

There are many entertainment options, dining, shopping in Brisbane. If you are an art enthusiast, do not miss theater performances, festivals ... take place regularly, including the famous annual Brisbane Festival and Ekka Festival. If you go to the island, you can choose between the Moreton, North Stradbroke, South Stradbroke, Bribie and St Helena islands to visit. The surfers often go to Gold Coast, which is famous for its golden sands, surfing beaches and warm waters.

Queensland offers a variety of training facilities for you to choose from, located in Brisbane, the Gold Coast, Sunshine Coast, Cairns and Townsville, as well as a number of independent schools. There are also campuses located in towns like Bundaberg, Hervey Bay, Mackay, Rockhampton and Toowoomba.

Among the hundreds of disciplines taught here, prominently include Travel, Maritime Science and Tropical Agriculture. The total student population is 26% of Queensland's total population. 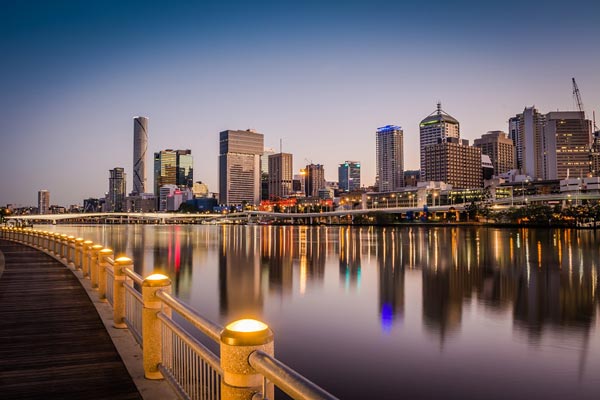 On housing, the weekly rent for a three bedroom house in Brisbane is A $ 390 per week, while a one bedroom home can cost you A $ 375 a week. In small towns in the state, rents may be cheaper, around A $ 360 in North Queensland and A $ 420 in the Gold Coast.

Adelaide, the capital of South Australia, is a vibrant, inspirational and promising city full of exciting surprises. Many people think that this is not a place to live but to enjoy life. Adelaide's "Mediterranean" climate makes it easy for people to enjoy the outdoors, the lively lifestyle of the beaches and the scenic beauty that is only 20 minutes drive from the city center. .

While the quality of training is measured in the same way as other megacities in Australia, Adelaide requires a much lower living allowance, particularly 25% cheaper than Sydney and Melbourne and 11% lower. Compared to Perth and Brisbane. According to statistics, international students in Adelaide save up to A $ 700 a year for transportation costs by public transport.

It is said that this city has many citizens who are the first Nobel Prize in Australia. Three Nobel laureates have studied here (more than any other city in Australia) and many of the city's children have become famous scholars in the world. 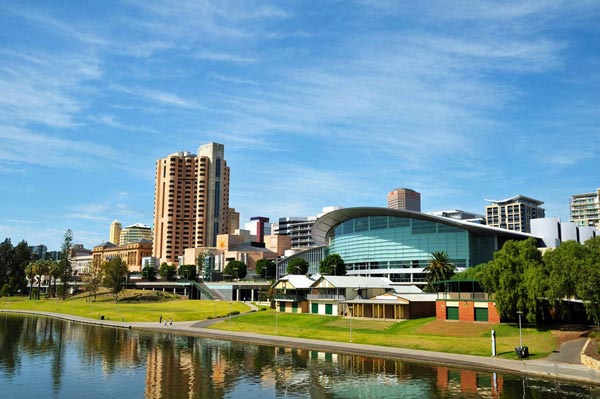 The University of Adelaide is a member of the top eight Asia Pacific Universities. The University of South Australia is also a large, well-developed and well-researched institution across the country.

Melbourne is the center of learning as well as the creative and industrial capital of Australia. This is home to 25% of the total economic activity across the country.

With more than 200 nationalities and more than 230 languages ​​that exist under the skies of Melbourne, the city is bound to bring its name to Australia's multicultural capital, a gathering of talents across the country. 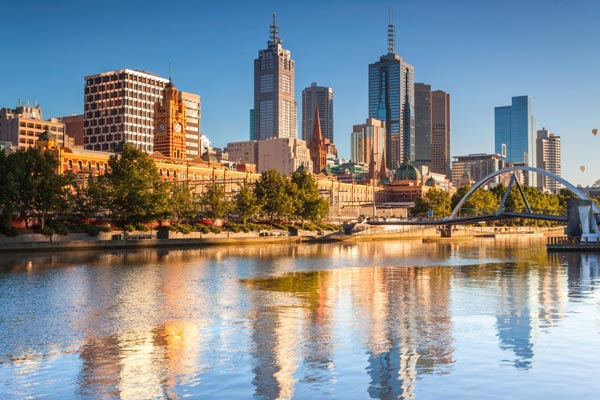 To experience the cultural activities here, remember to apply for the Culture Card Victoria and find international student services (ISCS).