The Queensland Treasurer and Minister for Trade and Investment, Mr Curtis Pitt announced more than $200,000 of State Government funding during a visit to the Gold Coast for the Queensland Government’s inaugural International Education and Training Summit, which attracted more than 350 local and international delegates.

“Last year, the Gold Coast was voted the most popular beachside student city in the world,” Mr Pitt said.

“Today, the city hosts more than 25,000 international students from 130 countries.  Of all of Australia’s non-capital cities, the Gold Coast offers the greatest education choice and is increasing its reputation for research-based excellence.

“We all know the success story of Queensland tourism but many are aware of the impact of international education and training on our economy.”

>>How do you become a Veterinarians?

The funds are on top of almost $36,000 in funding and support provided by the universities.

“These four Gold Coast initiatives are among the 15 projects around the state to receive a total of $661,240 in the first round of distributions from the Queensland Government’s new $6 million International Education and Training Partnership Fund,” said Mr Pitt.

“It’s an exciting time for education as a driving, economic force and also for future students who choose the Gold Coast as a study destination,” said Ms Willoughby.

“The State Government has demonstrated a commitment to Gold Coast education and this week became aware of our objectives when the city hosted the first ever International Education Summit.

“This funding will enable Study Gold Coast to fast-track a proposed Student Hub, which will offer a range of support services to international students; assist in growing the annual Gold Coast Careers Expo and enable the launch of a start-up fund to help young student entrepreneurs bring their ideas to reality.” 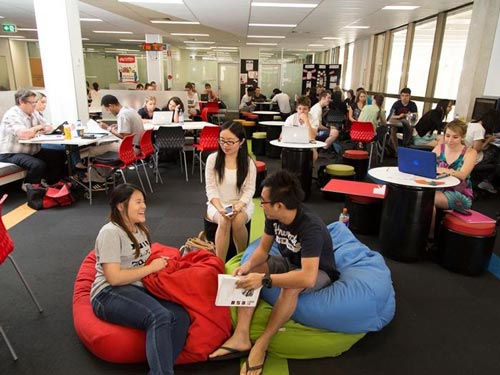 >>A day in the life of a medical student in Australia

“The funded projects will energise the sector. We have funded projects that will have the most impact on sustainable growth for the industry, and put Queensland at the forefront of international education and training,” Mr Pitt said.

“Education is now our second biggest services export and is catching up to tourism. In 2016, tourism accounted for 36 per cent of Queensland’s service exports, while international education and training accounted for 27 per cent.