Australian education is seeking to reassure that the removal of a temporary 457 visa does not affect international students.

In a surprise announcement last week, the government said that Subclass 457 visas for foreign workers would be abolished and replaced with a new temporary short-term visa (TSS) visa in March 2018. TSS visas will have a term of up to two years for short and one medium for up to four years. There will be stricter rules for TSS visas, including: labor market testing; Evaluating market wage rates so that local workers can not be cut; Two years of relevant work experience; And stringent English requirements for medium-term visas. 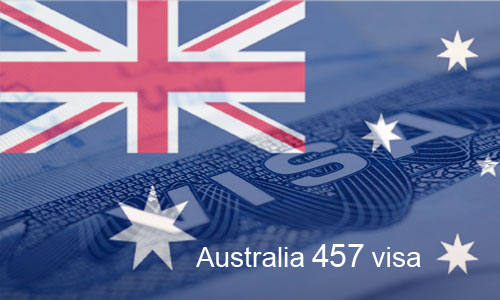 Phil Honeywood, Executive Director of the Australian International Education Association (IEAA), said: "The international education sector can be reassured by the fact that a student visa does not appear to be affected by the decision. "However, like the recent announcements from the United Kingdom and the United States, it is important to text students interested in studying abroad." He warned: "Students may think that part-time work and their stay in Australia after learning are somehow caught up in this policy change." 457. Thus, Encouraging their education agent network that 457 notice will not affect students.
Currently there are more than 95,000 people in Australia with a 457 visa, with the highest percentage from India (24.6%), followed by England (19.5%) and China (5.8%). Rod Camm, Executive Director of the Australian Council of Private Education (ACPET), warns of the dangers that development may have on Australian perceptions. While there are no specific changes to the student visa, statements about visa tightening and rhetoric used to support these changes have a direct impact on the attractiveness of the student visa. Australia as a destination, "he said in his weekly association newsletter. "Any tightening of the immigration status will discourage some students from choosing Australia as their study destination," he said, noting that the media in India and China were countered. He applauds the Birmingham Minister's commitment that Australia remains an attractive destination and says industry peers will continue to work with the government to ensure that Any negative can be overcome. 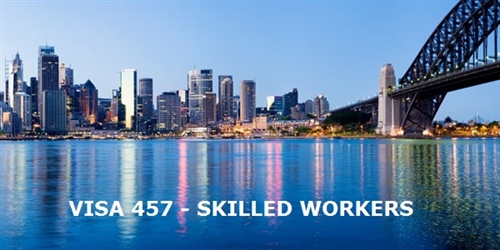 Australian universities have said they have had constructive talks with the government about their concerns, particularly the recruitment of foreign academic staff through visa categories, but said that They are satisfied with the assertion that there is no change in student visas and student employment rights. However, Professor Peter Høj, Chairman of Group 8 (Go8), representing the top eight research universities in Australia, warned that "the potential for a false result" in the international education sector Worth $ 21 billion. "Our universities operate in a truly international market where we have to compete with the best universities in the world for international students and academic talent," he said. .
The Australian International Student Council (CISA) said "a lot of international students have been concerned about the abolition of the 457 visa, but said they are awaiting further confirmation from the government before issuing the 457 visa. A full statement ".
In a press release announcing the abolition of 457 visas, the Prime Minister, Malcom Turnbull, and Peter Dutton, Minister of Immigration and Border Protection, said the new policy was designed to ensure that The Australian "Priority Work". They said that under the previous administration, the number of foreign workers in Australia increased, but too many people were not important skills. "We are making it easy for Australians to find work and we have restored order to our borders so that we can ensure that foreign workers have the opportunity to come to Australia through appropriate channels. "