How does Philippines become the English powerhouse of the world?

In recent years the Philippines has emerged as an ideal destination phenomenon for learning English in Asia. Students from many countries in the region such as China, Korea, Japan, Singapore, Vietnam, ...

Choose to come to the Philippines to develop your English language, even more students from countries such as Brazil, Russia or Libya. The reputation of the "second English power" in the world is getting louder. 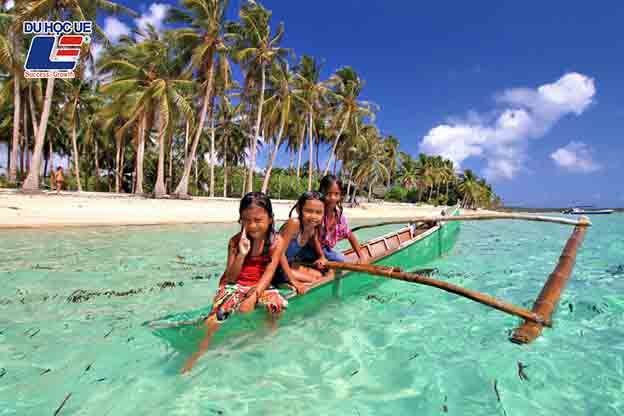 English is not the native language of the Philippines

Americans have put English into the Philippines since the beginning of the 20th century. Right now, in the Philippines there are almost 10 different languages. In nearly 50 years of domination, Americans forced Phils to speak English for communication, commerce, politics, etc. Phils have the right to fight it in many different ways. But most of them have learned English so they can use English well.

In 1946, the United States signed but still maintained some military bases here. Although Americans have left, Filipinos still retain English as a second language.

According to a 1997 study by Doray Espinosa of the International Language Institute, an important reason why Filipinos continue to learn English after the American departure. Because they believe one day, the Philippines may become the 51st state of the United States.

English is used as the official language of instruction for all subjects from elementary school to university, graduate school, doctorate. In each family, at least one of the parents speaks English very well. University graduates, postgraduates, doctors, students are required to write and defend their thesis in English.

They watch movies in English, entertain themselves with English music, talk to each other in English in the family. Before entering elementary school, most Filipino children had enough vocabulary on body parts, familiar animal names, simple communication questions, verbal conjugations, basic adjective

And importantly, Filipinos always consider English as a minimum and everyone must do the same as cooking a home. That motivates people, every home to learn English.

Not only good English, Filipinos have turned English into a giant money machine to bring tens of billion dollars to the country.

Become a great power in English

In 2013, the Economist published the list of countries with English proficiency for the best work in the world. And surprisingly, the Philippines ranks number one in the world with a score of 7.95, higher than some English-speaking countries such as England, Australia and the United States.

It should be further explained that, in countries where English is the first language, the Economist only checks for non-national immigrants and is not born there.

While it may be arguable that the Economist's conclusions, but it is undeniable that the Filipinos are striving to learn and master English. For many of the world's major teaching and research organizations, such as EF, the Philippines is ranked above all Asian and European countries.

In 2015, the Japan Times published an article about Filipinos dominating the kitchen world. Accordingly, the chefs of the most luxurious kitchens in the Middle East, or even the Obama family, as well as the three presidents of the United States are Filipinos. 170,000 Filipinos are working in kitchens on ocean-going ships, 5-star cruise ships, Arabian and White House kitchens.

The whole country of the Philippines, which currently has 10% of the population, is more than 9 million Filipinos working abroad and doing all sorts of jobs, from engineers to programmers, English teachers, waiters. For years, remittances from the Philippines have always been among the highest in the world, reaching $ 30 billion by 2015.

Although America has emerged as a major educational power in the Asia Pacific, the Philippines has become a very attractive destination in recent years.