The PhD * countries are the dream of many Vietnamese students. Some of you get a scholarship to study so happy not to find out how the road ahead? How will the career path be when you graduate?

In addition, the press often put graduation stories that were retained by the school as a professor or were invited to work in the other school to further enhance the prospects of graduation. Is that true?

* Notes on Ph.D (from the postulator)

Let's first try to talk about the Ph.D degree from an academic perspective. Ph.D stands for Doctor of Philosophy. Ph.D, the highest grade in the first grade, first appeared in Germany, then was used by the US and many other western countries. The first American Ph.D. appeared around the end of the 19th century. (In Italy until the late 1980s Ph.D.)

The latin Ph.D. is Philosophiae Doctor. The word "teacher" means "teacher", and "expert" or "authority". The term philosopher comes from the medieval period in Asia, where universities have four major faculties: theology, law, medicine medicine, and philosophy. Philosophy here refers to disciplines that do not lead to a certain practical occupation of the day such as churchman, lawyer, and physician.

Not all Ph.Ds are related to philosophy, even in the most metaphorical sense of the word. However, the word doctor is full of meaning. In the West, in the ritual of communication one calls a Ph.D who is a doctor. Most colleges require full faculty and professors with a Ph.D. Most researchers in the professional research labs have Ph.D.

However, the opposite is not true: not all Ph.Ds can be lecturers, professors, or researchers. There are Ph.Ds even without a regular engineer. There are quite a few Ph.Ds, after practicing for a while, promoted to a salesman or a manager, and so on. I will return to this topic later.

The modern look of Ph.D is as follows. In order to complete the Ph.D, students must achieve two main objectives: (a) thoroughly master an industry (or subdivision), and (b) contribute to broadening the human knowledge of the industry. there.

Goal (b) is the core to distinguish Ph.D from other levels. Ph.D is not the same as "chewing": read more, high score exam is finished. A Ph.D, in fact, must have some of his or her own original works and ideas. 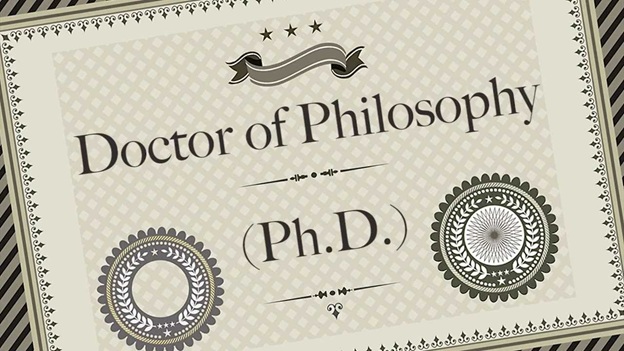 PhD studies are a big and long term investment. It takes at least 4-5 years to complete. During that time, your income is just enough to survive (before tax). After graduation, as well as graduating from any other training program, is just the beginning of a career. Most of you have not been able to study independently but have to do a few more postdoc years before you can enter the academic labor market. During the postdoc, your income is just enough to live (before tax). You will then have to search for a location for the track. This market is fierce competition and the probability of becoming a tenured professor is very low. Some of you will have to accept being a lecturer or visiting / adjunct professor. Some of you accept postdoc for life. Some of you out make industries. Some are back home.

Having a difficult tenure position is just the beginning. In 5-6 years as assiatant professor, you must post certain articles to be considered in tenure and become associate. Some schools also require letters of recommendation from professors from other schools. This requires you to identify a niche in the industry.

Such a long way, so much investment, if you choose the wrong branch then? If you do not like it, you will hardly be able to pursue it. In addition, income is also a problem. Academic labor market is also based on the market mechanism. There are three salary sectors that can be higher than the other in the same school. This is also a problem to consider.

Getting a PhD is a good thing. But before you go (or best of all, before you apply), you should know the career path after graduation. In particular, how is the labor market, how competitive is it, what requirements and income? And most importantly, do you want to work in that environment? I know a lot of people learned a while ago to know these things and find that inappropriate, dilemma. 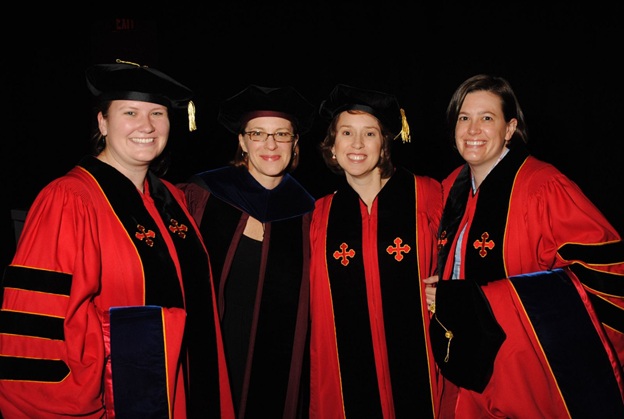 Job market in the United States: Business vs. Business Science

While the majority of PhDs in science in the United States have gone through a postdoc period (work for Ph.Ds in science and technology in the United States) and only a small number have earned an assistant professor. career paths when studying PhD), PhDs in business usually do not have to go through the postdoc phase but up the assistant professor. This is due to the difference in training as well as the job market between the two sectors.

Science schools often hire a large number of PhD students, making the demand far beyond the demand: the number of PhDs in the field of science is greater than the number of jobs. Make nearly 50% of PhDs in science do not find jobs in the United States, the rest only earn postdoc positions. Remember that postdoc is a temporary job, very precarious, low paid, and largely unprofessional like insurance and pensions. This phenomenon is due to the science sector need a lot of labor 'hands' to do experiments. Every lab needs a dozen people doing these things. Technicians are expensive because of high salaries and benefits. While PhD students and postdocs are better off, they are more motivated to work, and the costs are much lower. Thus the PhDs job market for science is a funnel: the number of PhDs outnumbered the number of postdocs and the number of postdocs was much larger than the number of assistant professors.

On the other hand, business schools usually enroll only a small number of PhD students (their department only enrolls 2 people per year), just enough to meet the job market needs. This is because business majors do not need to recruit PhD students to do this work. Therefore, PhD students in business are often taught early independent research skills so that they can assume the position of an assistant professor when they graduate from postdoc. Ongoing PhD students in business find an assistant professor position about 1 year before graduation. When they get a job, they will graduate.

At the end of each employment season, each sector will have statistics on the job market such as who graduated and then where to work as an assistant professor, salary information, requirements to enter the payroll (tenure) of the candidate. For example, this is the PhD in Marketing Statistics for the year 2015. This information is important for those seeking employment in this market as well as the choice of majors when deciding to study for a PhD. Career paths when studying PhDs require a lot of time and effort, you should carefully study the training program as well as the job market before committing yourself, not every scholarship is going without Know ahead and how you have choices. 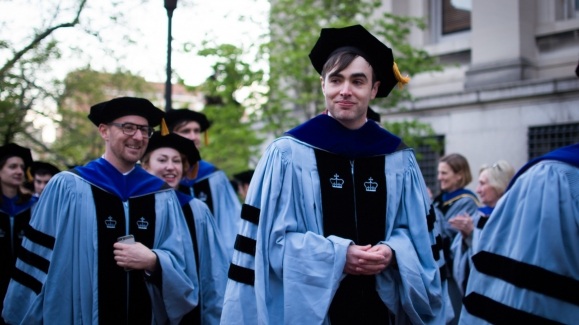