SAIT is located in Calgary, Alberta, Canada, a multicultural city with a diverse history. 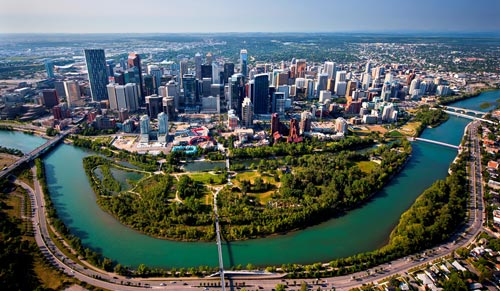 Calgary is a vibrant, modern city located in the southern part of Alberta. With a population of 1.4 million, Calgary is the fourth-largest city in the Canada. Calgary has a multicultural character and is very diverse; close to 150 different languages are spoken in the city. Calgary is well-known for its citizens' friendliness and hospitality, as well as the natural beauty of its surroundings. Calgary was recently rated the 5th most liveable city in the world by the Economist Intelligence Unit.

Calgary is situated in the eastern foothills of Canada's Rocky Mountians, where the Elbow and Bow Rivers meet. The city's close proximity to the mountains makes it a perfect location for outdoor activities such as skiing, skating, hiking, fishing, and cycling. Calgary also has a vibrant and eclectic arts scene, hosting many events and festivals throughout the year, in addition to fantastic restaurants, nightlife, shopping, sports and recreation facilities, and all the amenities you would expect of a modern and prosperous city.

Calgary is the sunniest major city in Canada, getting an average of 2,300 hours of sunshine per year. Whether hot or cold, you can almost always count on sunshine in the city. Calgary's weather is varied and constantly changing, cycling through all four seasons throughout the year. Temperatures in Calgary are generally mild, especially compared to most other cities in Canada. In the summer, temperature highs are typically in the low-to-mid twenties (degrees Celsius), occasionally surpassing 30 degrees C, but cooling off comfortably in the evenings. In the winter, temperatures can be very cold (lows reaching below -30 degrees C) or quite mild (highs above 10 degrees C), or anything in between. Typically very cold temperatures only last for a few weeks per year. One of Calgary's most distinct weather characteristics is the Chinook, a warm wind that blows in from the Pacific Ocean and can raise temperatures by 15 degrees (or even more!) in just a few hours, providing a pleasant relief from chilly winter weather. 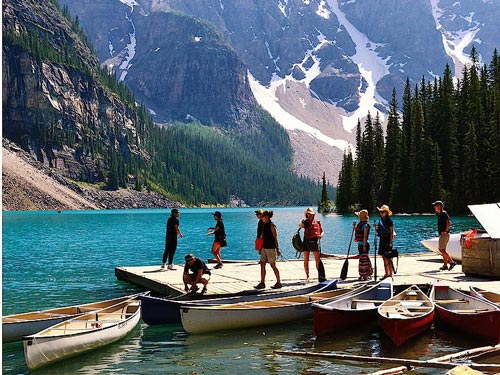 Who is a Calgarian?

As individuals, Calgarians are family-focused, recreation lovers, that are committed to a healthy work-life balance. As citizens, Calgarians are enthusiastic supporters of community organizations: there are more volunteers in Alberta than the national average.

What is the top priority of most Calgarians? Sustaining this city’s superb quality of life. This means ensuring the economic, environmental, health and wellness, recreational, educational and social service advantages that Calgarians have today will be here in the future. 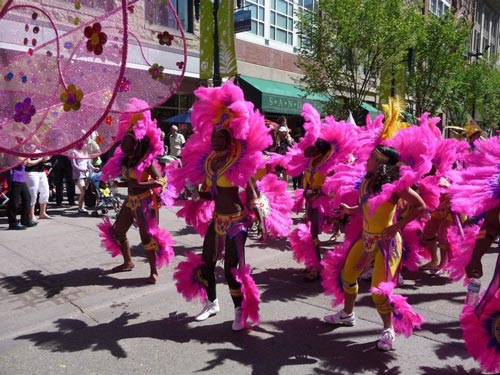 The reasonable cost of living in Calgary comes as a pleasant surprise to some people. It’s more affordable to live in Calgary than in many large North American cities. Provincial tax, personal income taxes and inheritance taxes in Alberta are among the lowest in the country, and Albertans’ provincial health care insurance is free.

Another bonus – Alberta is the only province in Canada without a sales tax.